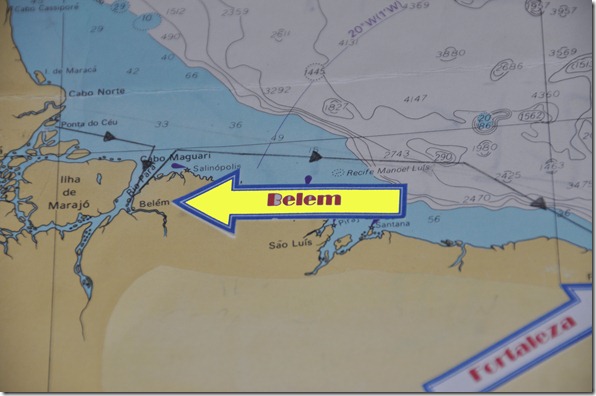 Gloria stayed on the ship, and it was a good thing. Although it was a short tender ride, it was low tide, and again we docked next to another boat.  Not only did we have to go through it, but up some narrow stairs to reach the dock. Then we had to go up a very steep metal ramp to the pier. From there about a dozen steps to the street and then a half  block to the shuttle bus. Which was not air conditioned for our hour ride to Belem. It was a great photo stop as you will see, but poor and run down for the most part.

Above our first view of Icoaracy Village.  Below our view after we tendered into the Village, note how low the tide is:

When we returned from Belem this was the same view:

On the pier at Icoaracy Village the views of a small Brazilian village unfolds before your eyes: 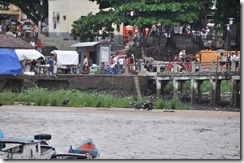 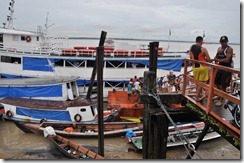 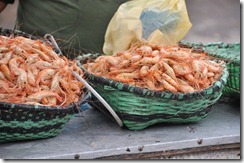 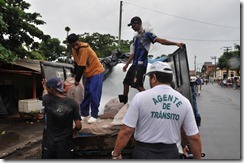 Once in Belem, did I mention it took an hour to get there, the bus dropped us off at the Hilton Hotel. Brad commented that the ride was not pleasant.  Besides no air conditioning, the road were very bumpy.  All in all not a pleasant trip and long as well.  Across the street was the Opera House and a small park: 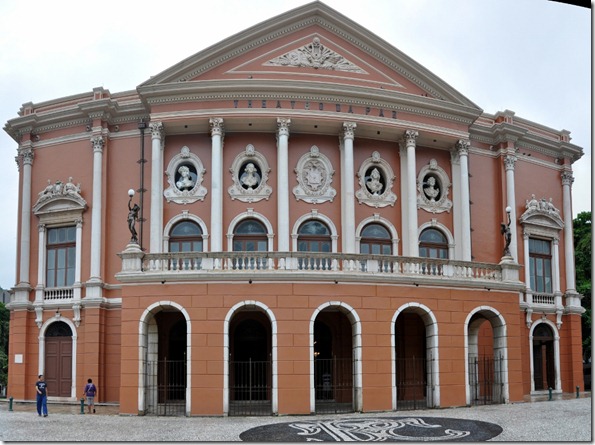 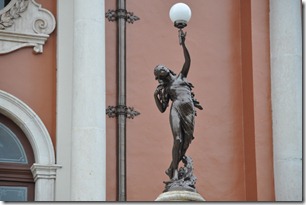 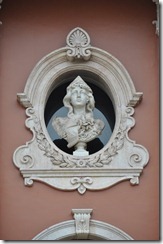 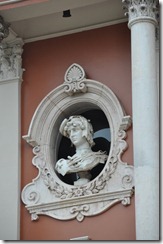 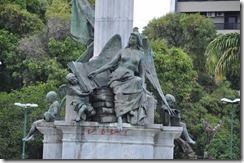 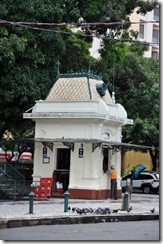 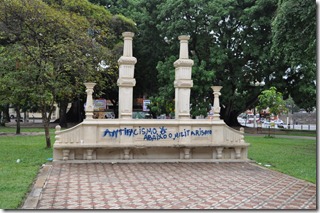 Life in Belem is simple and the people seemed happy: 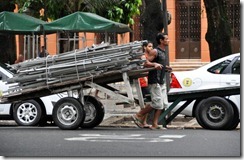 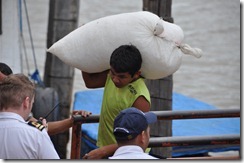 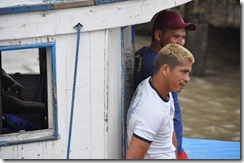 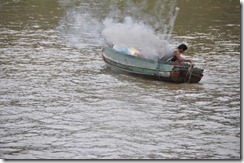 Brad saw several policemen.  He was warned on the shuttle to Belem to be very careful because there were many pickpockets.  Again, when he arrived in Belem, the police stopped him while he was taking the above pictures to tell him to keep his camera hidden so it would not be taken.  After this second warning, Brad decided not to walk the six blocks to the market and got on the shuttle to return to the ship.  It seems he was not only one to decide to do this.  Brad commented if he was ever back in Belem he would just stay in the village where the tender took the passengers.

The ship was about an hour and a half delayed, we suspect there was some sort of protest parade happening in Belem which delayed the shuttles returning to the ship.