At beautiful day at sea and yet another wonderful surprise by the Captain. He announced that the had diverted course over night just enough for us to sail between Ball’s Pyramid and Lord Howe Island. Two new sights for us and it was amazing.

Ball’s Pyramid is all that remains from a shield volcano that was formed 7 million years ago and is the tallest volcanic stack in the world. It was discovered in 1788, by Lieutenant Henry Ball, but no one was able to climb to its summit until 1965. In 1982 climbing was banned and soon after all access to the island was restricted. Nowadays, the policy has changed and climbing is allowed, but only under strict conditions.

In 2001 researchers found a small population of Lord Howe Island stick insects, a species thought to have been eradicated by the black rats that were introduced on Howe Island. The 24 rare inhabitants found on Ball’s Pyramid are now being bred in captivity, in hopes of reviving the species 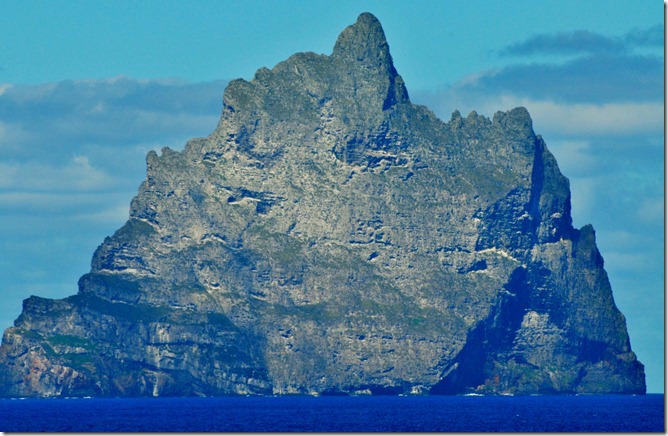 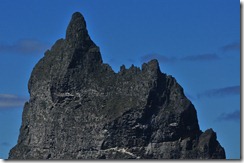 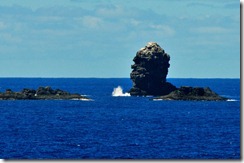 Cruising my retirement!
View all posts by mrvideo1949 →
This entry was posted in Travel and tagged Ball Pyramid. Bookmark the permalink.