Aconcagua Valley dinner last night in the Pinnacle Grill.  What is that you ask?  In brief it was the best wine paring dinner so far. The menu was delightful and we received everything on the menu below: 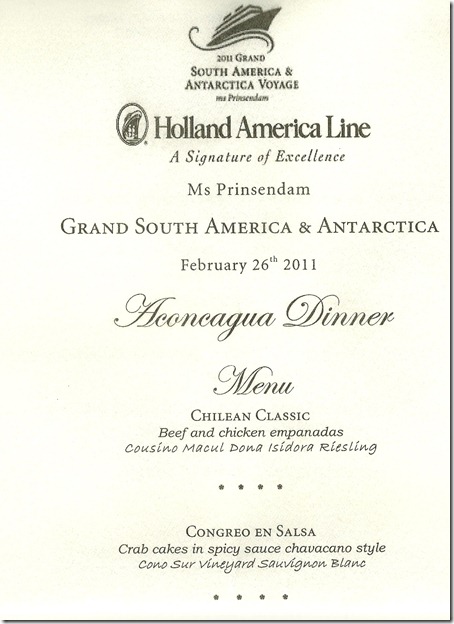 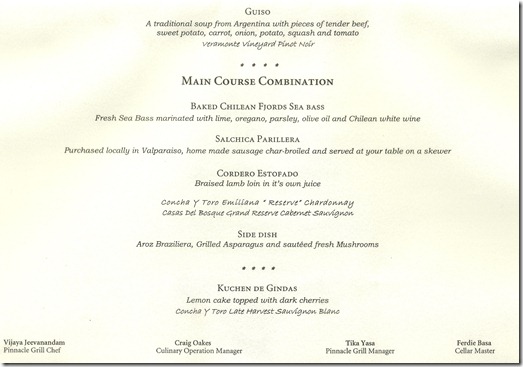 Our arrival was very pleasant and the sights coming into port were new two us both:  General San Martin is commonly known as Pisco. This area shares its name with a brandy made from white Muscat grapes in this region. 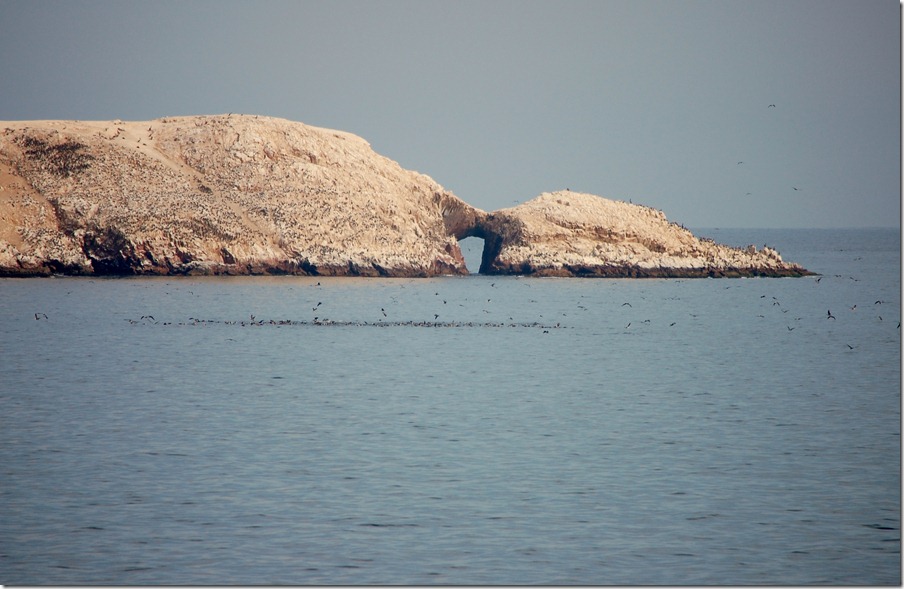 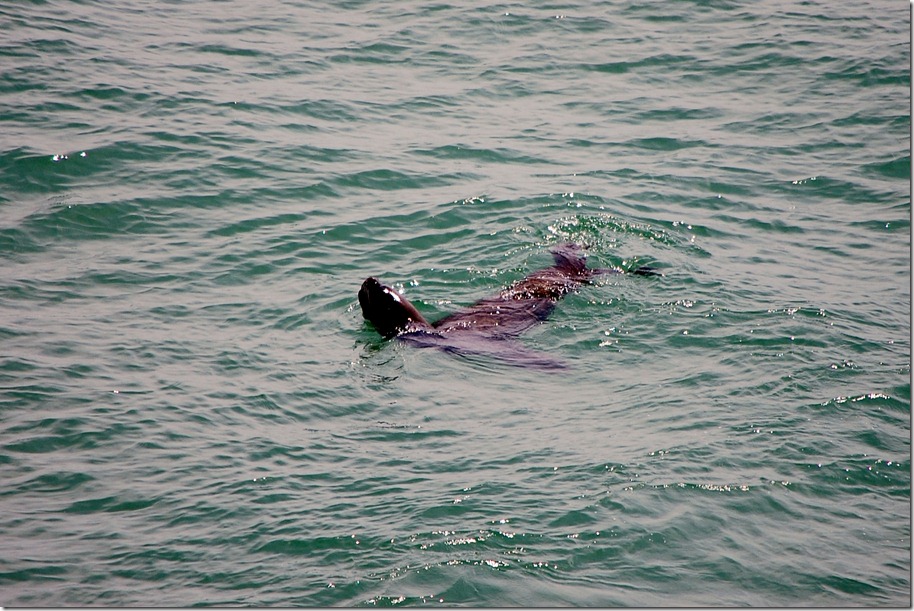 Seals playing most the day next to the ship were easy to photograph.

The above is a tour boat that met the ship and is taking the passengers to a nearby island that is noted for its sea lions and birds. 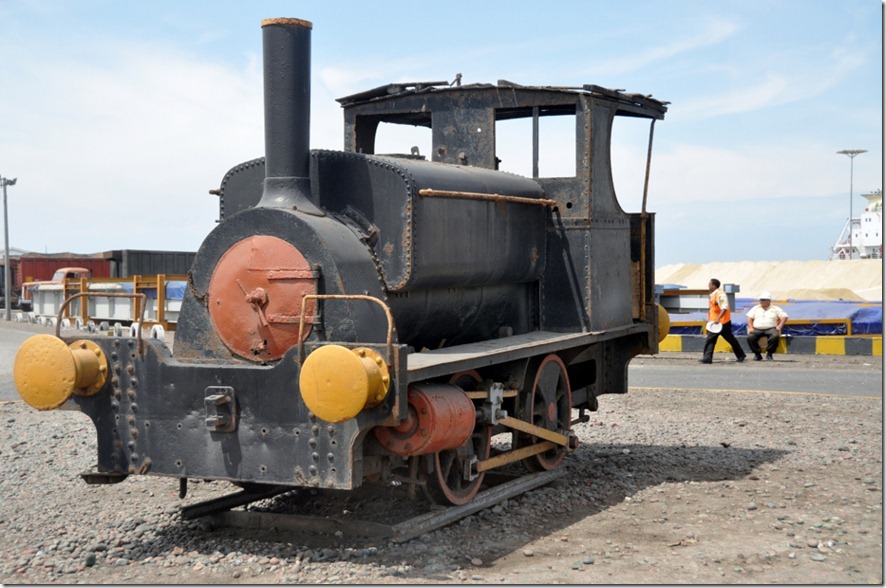 Sand Storms are nearly a daily occurrence in this part of Peru.  The locals say it has not rained here in 100 years. And it looked like it!.

This is a concrete statue that resembles a sail boat.

The ocean provides both life and a play ground.

These two statues are décor made out of metal along the beach shore line. 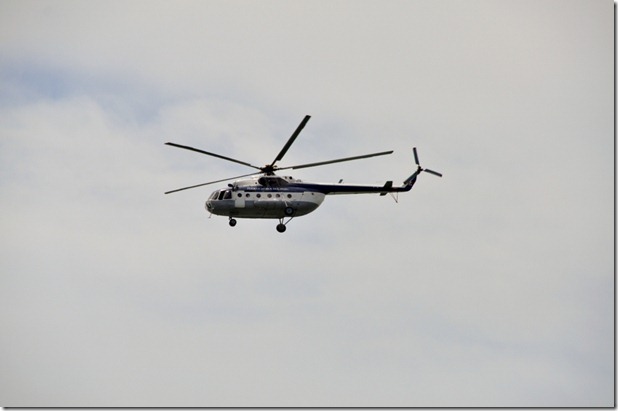 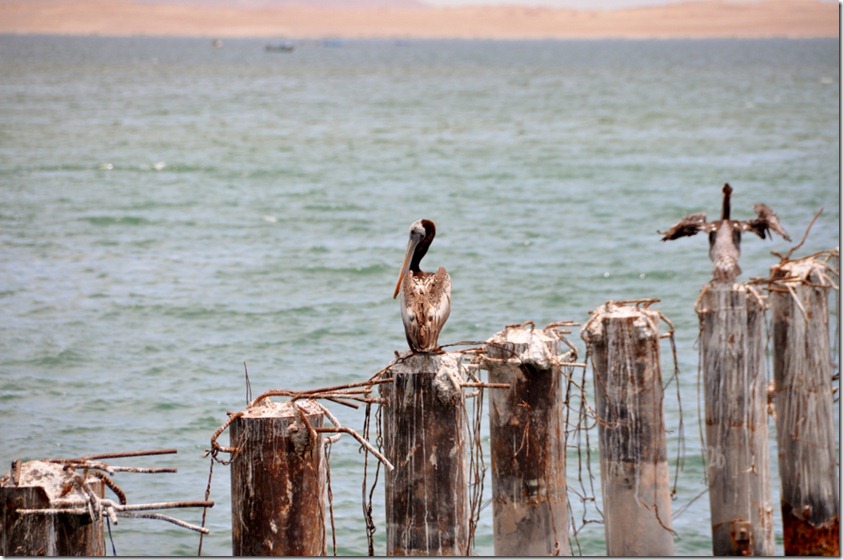 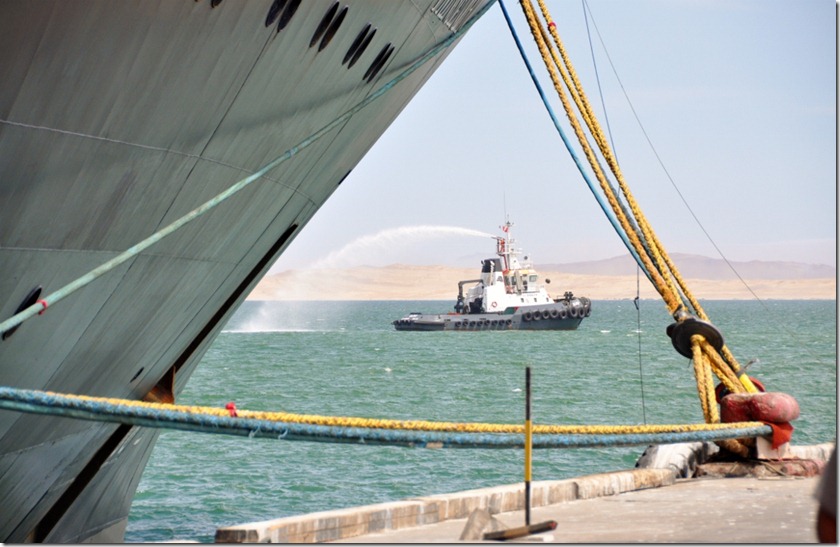 There was a free shuttle into town.  Brad took the shuttle and the above pictures in town.  Brad says this town looks like a small town in Mexico.

Cruising my retirement!
View all posts by mrvideo1949 →
This entry was posted in Travel and tagged General San Martin, Peru. Bookmark the permalink.