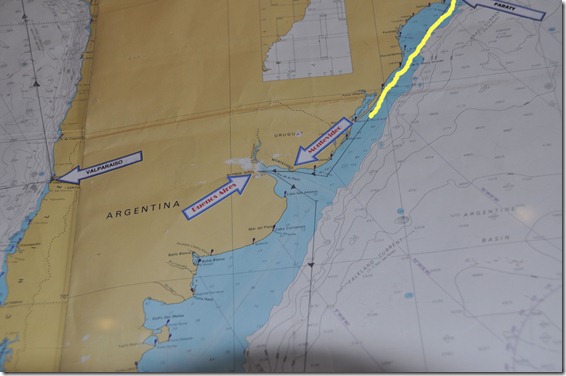 OMG social party day on steroids. The day started out normal with breakfast, Digital Work Shop for Brad, and Gloria in Meditation, and exercise. Then they both were off the the Cruise Critic Lunch, Crafts were the Jewelry pictured below: 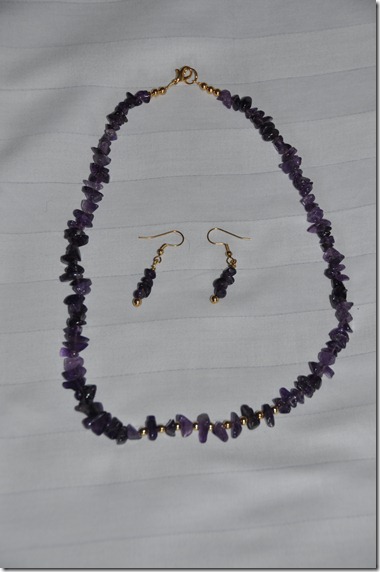 The Gloria had a hair appointment before the two cocktail parties they were invited to attend: 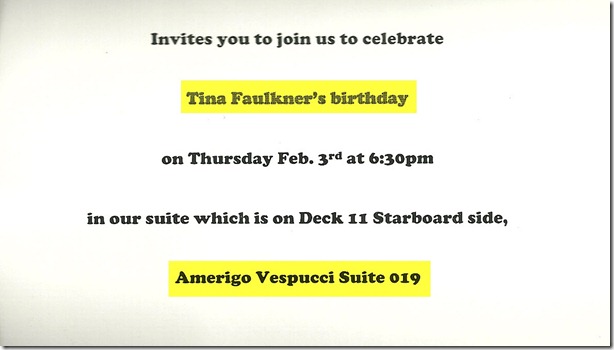 Tina is the Cruise Director’s wife. And then they had to leave that party for this one. 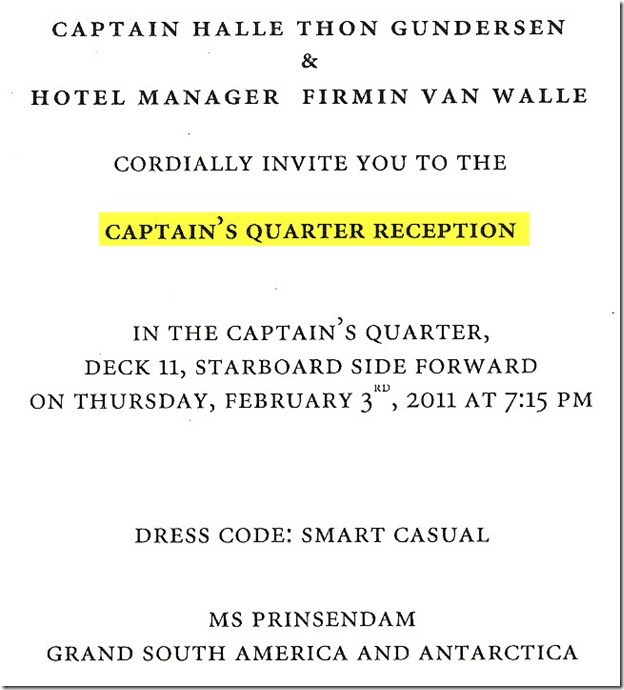 Neither of them had ever been in a Captain’s Quarter before.  His Quarters are sort of like a small house.

Although this evening’s dress was smart casual, we did dress up a bit more.  Brad’s usual wear is a nice short sleeve shirt and dress slacks.  Tonight he wore a long sleeve shirt, tie and jacket and thought he was going to die of the heat.  Gloria usual wear is pants and some kind of blouse and jacket combination with flats.  This evening she wore a matching pant suit with jacket and jewelry.  Although Gloria brought lots of jewelry, her usual pick is her omega chain and a coin or charm.  Her pick of jewelry this evening was noticed by all.

The first party was really great.  Tina has lots of friends on board.  We felt privileged to be invited as part of the group.  She received small thoughtful gifts.  Thom, her husband the cruise director, gave a very touching toast.  Tina was really excited as they just bought a house they have rented for 15 years in Oakley, California.  It was built in 1935.  I guess it has a great view and they both love it.

We left that party and walked two doors further to the Captain’s Quarters.  This party was very nice as well, but as we expected far more formal in nature with people that did not all know each other that well.  We left that party about 7:50pm to return to Tina’s party.  Does that tell which we felt more comfortable at?  We were told the Captain left his party to join Tina’s for a bit as well.  Also, her husband Thom, had to leave Tina’s party to attend the Captain’s.  I guess that’s life at sea.

Brad & Gloria had already decided to skip dinner and go back to the cabin and crash.  Although we avoided any hard liquor and just drank white wine and champagne, we are not heavy drinkers.  We probably should have had more appetizers.  We had a great evening and still haven’t figured out why we got invitations to either party.